The assembly of aerospace components is often complex, requiring components to be picked up, put down and manipulated several times throughout the process.  This Alum-a-Lift act as a mobile assembly workstation and minimizes non-value added steps.  A central floor brake “parks” the lift during assembly efforts.  The powered rotation module allows components to be rotated 360° to gain access to required faces.  During final installation in the parent assembly, the powered knuckle and manual lateral shuttle are used to align completed components. 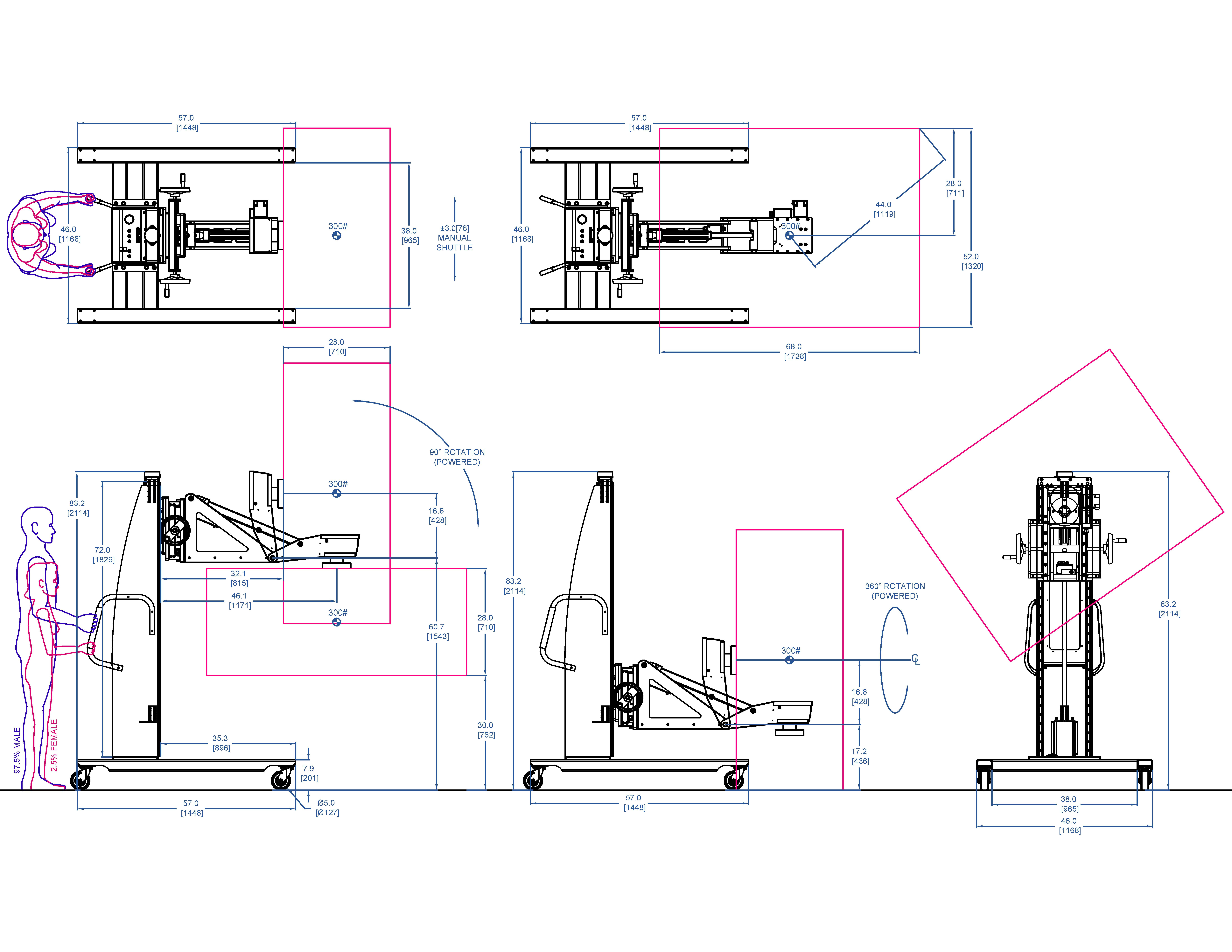